Maybe you have read about when Tenarth arrived in Denmark, here:
https://www.beadthrilled.com/t10862-tenarth-has-finally-arrived-in-denmark#204162

Tenarth has been settlling in nicely, sometimes hiding out among the treasures:

Sometimes she is a bit defensive about her being photographed with the treasures:

Now her brother and sister have joined her

Do you believe that her brother, Lanath, has flown to me by way of England. So that was why she complained about missing her brother. He must have flown out for England a while before she herself flew off to Denmark closely followed by her sister, Hanath. And silly me who thought that Tenarth was missing her brother left behind in Holland.

Well, Lanath, like a real male, has just flown in and settled right away being a bit of a nuisance with his constant defence of "his" treasures.

At least he has had no problems settling in and deciding on his treasure and guarding it with candor.

Arriving a day later than Lanath, I fully expected Hanath as a female to be a bit shy and ladylike like her sister, Tenarth. However, Hanath has every bit of the candor which Lanath also possesses. Hanath flew right into her place with the other resident dragon, Lieth. Lieth on his part immediately warmed to her leaving his otherwise male aloofness

Here she is! Introducing Hanath:

I would have thought that the three sisters and brother would hang together, but they seem very happy guarding each their treasure and making sure that everything is covered.

And me, well I just love them all

Thank you to the makers of these fantastic dragons. By the shell these dragons are amazing! 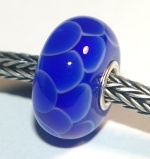 You have a great collection of dragon and beautiful treasures

I'm glad the English dragon has settled in well

Brilliant post! I love your pictures showing your three beauties settling in, I am sure you have enough treasure so they each have their own hoard to guard :-)

How majestic they all look with their hoards.

All such different characters, you really brought them to life

they are absolutely beautiful dragons

how serious they seem about guarding of the treasure! I love that they seem to have different characters,

so all is well in your dragon castle!

Great dragons. Glad the family is getting along.