I can't reach into the dark bits of the midgard serpent to polish it. I've thought about using a silver polishing solution, or doing the bicarb soda and aluminium foil silver cleaning method, but that will probably make it too light, and I don't know if I'll be able to get it darker again.

Today I tried to darken the oxidation of the viking using a broken up boiled egg yolk in a container with the bead. It's possibly a bit darker, but still much lighter than the midgard serpent. I'd really like to make the midgard serpent lighter, but I'm worried about ruining it. Does anyone have any experience with this? I'd love to hear your thoughts.

I know I'm being really picky, and I don't mean to whinge

I'm just curious as to whether there's something relatively simple I could do. 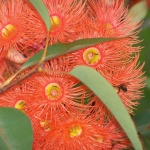 Re: Making oxidation lighter or darker

If you take it to a silversmith they'll likely remove the 'painted oxidation' and reoxidize both in "liver of sulphur" simultaneously to ensure a similar look. Oxidation applied that way gives silver jewelry that true antiqued look like the old TB silvers have.

The viking bead may have been partly deoxidized before. I've done it myself too with a bead and recognize the color change, can't imagine TB would use different silver alloys. Reoxidizing would deal with the color difference as well.

Similar topics
» Skulls and Friends - my darker side of crocheting :)
» My 1st attempt at making my own chunks for Noosa
» Making TB match a favorite necklace.