"Halloween or Hallowe'en a contraction of "All Hallows' Evening"), also known as All Hallows' Eve, is a yearly celebration observed in a number of countries on October 31, the eve of the Western Christian feast of All Hallows' Day. It initiates the triduum of Hallowmas, the time in the liturgical year dedicated to remembering the dead, including saints (hallows), martyrs, and all the faithful departed believers.

The modern imagery of Halloween comes from many sources, including Christian eschatology, national customs, works of Gothic and horror literature (such as the novels Frankenstein and Dracula) and classic horror films (such as Frankenstein and The Mummy). Imagery of the skull, a reference to Golgotha, in the Christian tradition, serves as "a reminder of death and the transitory quality of human life" and is consequently found in Memento Mori and Vanitas compositions; skulls have therefore been commonplace in Halloween, which touches on this theme.

In the arts, Vanitas is a type of symbolic work of art especially associated with still life painting in Flanders and the Netherlands in the 16th and 17th centuries, though also common in other places and periods.

Vanitas themes were common in medieval funerary art, with most surviving examples in sculpture. By the 15th century these could be extremely morbid and explicit, reflecting an increased obsession with death and decay also seen in the Ars Moriendi, Danse Macabre, and the overlapping motif of the Memento Mori. From the Renaissance such motifs gradually became more indirect, and as the still-life genre became popular, found a home there. Paintings executed in the Vanitas style were meant to remind viewers of the transience of life, the futility of pleasure, and the certainty of death. They also provided a moral justification for many paintings of attractive objects."

More about origins of Halloween:
http://www.nytimes.com/2012/10/28/opinion/sunday/the-dead-have-something-to-tell-you.html

Returning to some of the origins of All Hallows' Eve... 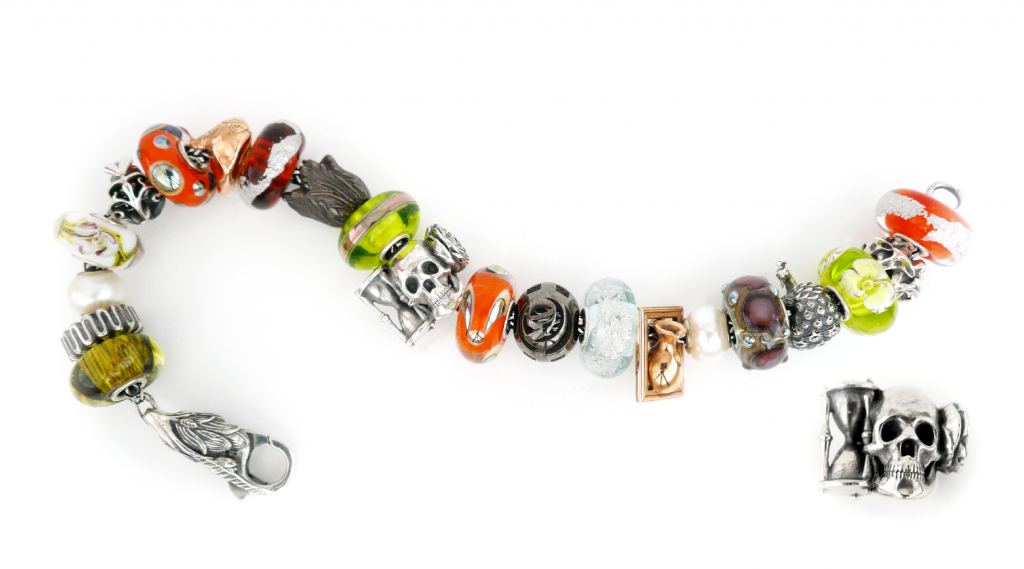 On a 'modern' Halloween bracelet... 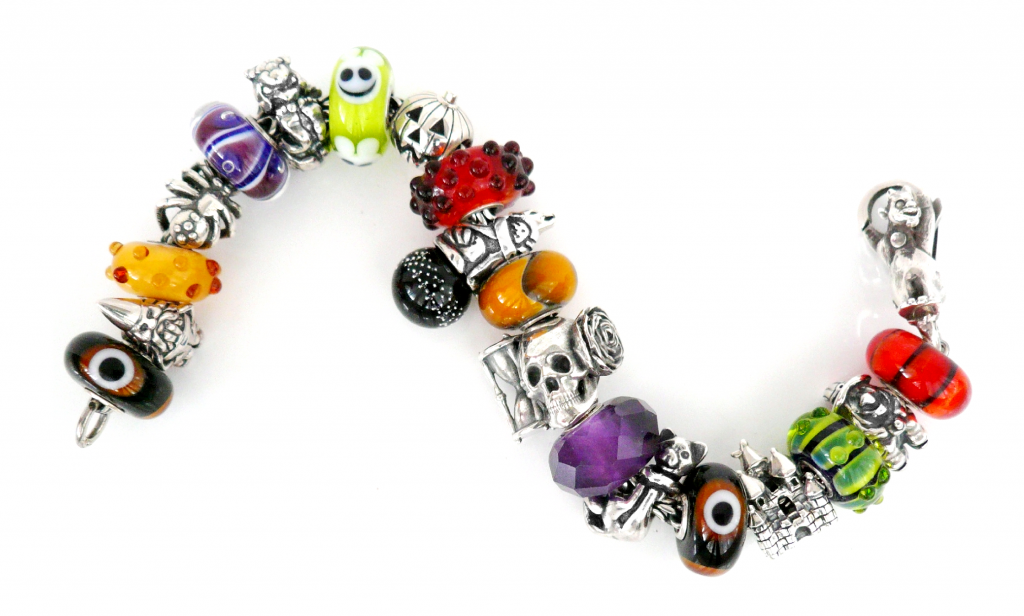 Unfortunately it won't be available in time for Halloween as I'm awaiting new rubber for the molds, the 'old' stash of rubber rendered me untidy casts.

Just saw this on facebook, the amazing detail has me totally awestruck.

Wonderful dramatic effect - from the new bead - and the bracelet.

love it! i am defintiely getting the pan bead, but this one also needs to be in my collection... ahhh!!!!